Reds Bounce Back to Claim an Important Win at Huddersfield

After a season of tremendous highs and humbling lows, Liverpool were able to record an 18 game unbeaten streak in all competitions. The roller coaster run was punctuated by an incredible win at home against undefeated Manchester City, followed by a weak display and defeat against relegation favourites Swansea. Another defeat against West Brom sent the Reds tumbling out of the FA Cup and fuelled the fires of uncertainty amongst the fan base. Victory against Huddersfield might have been expected a couple of weeks ago, but in light of recent events, it is an important and impressive result. It was a mature and robust performance, without necessarily showcasing the spectacular side that this team is so often capable of. 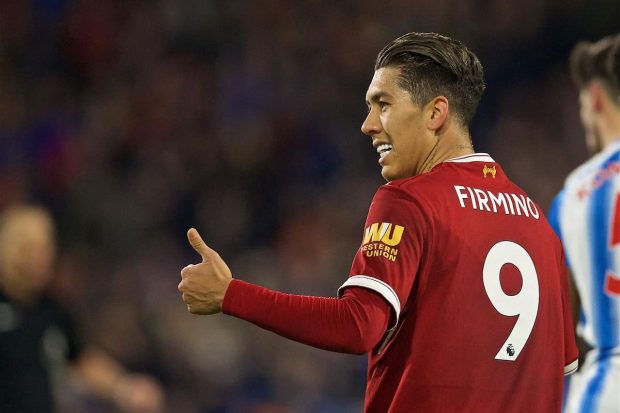 Loris Karius – 7: The German has recently been promoted as the undisputed first-choice ‘keeper by Jurgen Klopp ahead of Simon Mignolet. The decision has divided fans, but performances like this will do wonders for both Karius’ and the fans’ confidence. He didn’t face a particularly high volume of chances but was virtually faultless throughout. Calm under the high ball, commanding from the back and most importantly composed when under fire. A big save early on against Laurent Depoirte set the tone for a bright display.

Joe Gomez – 7: Another start for the youngster, and another sound defensive performance. He could’ve perhaps been more adventurous going forward, but his solidity at the back was immensely appreciated. It’s hard to see how Nathaniel Clyne will get back into the team once he regains fitness, and that may not be such a bad thing given how impressive both Gomez and Trent Alexander-Arnold have been this season.

Joel Matip – 7: The big Cameroonian has been a frustrating player to watch since his arrival on a free transfer from Schalke. Too often Matip has been just as culpable in making simple errors as his teammates whom he was meant to replace. However, against Huddersfield Matip showed again his more controlled side. He combined well with Lovren, covering for the Croation when he charged towards the ball. Questions will still be asked though about whether he is the right man to play beside Virgil Van Dijk when he returns.

Dejan Lovren – 8: Lovren at times has been possibly the most hated man at Liverpool. Consistently, and often justly, scapegoated by fans as being the worst offender in a suspect defensive line. Against Huddersfield, quite the opposite was true. Lovren was not only the best defender on the night but also took on the most responsibility, especially in the air. It would not be unreasonable to argue that Lovren, not Matip, should be the one partnering Van Dijk. Only time can tell.

Andy Robertson – 8: Admittedly, when Robertson was first signed from Hull, I was underwhelmed to say the least. I was more interested in foreign wing-backs, players who would cost an arm and a leg. What could a Scotsman from a relegated side possibly have to offer the mighty Liverpool? I’ve been pleasantly surprised to discover the answer to that question is – plenty!  The fans have sincerely warmed to the energetic left-back, and his performance against Huddersfield only heightened those feelings. Always involved at both ends of the pitch, it was his delivery that lead to the opening goal. Robertson has well and truly nailed on the left-back position as his own ahead of James Milner and a resurgent Alberto Moreno.

Jordan Henderson – 8: A fantastic night for the Liverpool captain on his return. Henderson hadn’t played since before Christmas during the draw away to Arsenal. Instead of appearing rusty though, the skipper was usual, energetic self, and was the catalyst for most of the positive moments going forward. He won back the ball time and time again and correctly chose to keep play moving quickly to exploit the staggered Huddersfield line. Continued captain’s performances like these will prove to be invaluable in the coming weeks and months.

Emre Can – 9: Can is another Liverpool player who leaves fans in awe and annoyance on a seemingly weekly basis. As such, after the abysmal effort he put in against West Brom there were a few raised eyebrows when his name was included on the team sheet; particularly as Gini Wijnaldum had missed out after playing no worse than Can. Klopp’s decision proved to be prophetic though as Can had the kind of game that reminded fans of his enormous talent, much like he had done against Manchester City. A cracking goal and a penalty were his rewards, and if Sadio Mane had been more prolific, Can could’ve had a couple of assists as well.

James Milner – 6: A surprise inclusion on the night, but was typically reliable throughout, void of any significant mistakes nor creative contributions. Nevertheless, Milner was an essential cog in the midfield machine that allowed the more attacking-minded players to cause the damage that they eventually did. A handy player to have in the squad, but surely wouldn’t be picked in anybody’s strongest XI.

Sadio Mane – 5: Another disappointing night for Mane as his run of poor form continues. Mane is a player that is searching for both goals and the confidence that come with them, but they just aren’t coming as easily as he had grown accustomed to. Some poor execution and decision making didn’t help matters, but to the winger’s credit, he’s still hungry enough to keep trying. His confidence hasn’t dipped so severely that he is entirely unwilling to take any risks, so surely his return to form is just a good 90 minutes away.

Mohamed Salah – 6: For a player who can be so devastatingly dynamic at times, it wasn’t his most electrifying night. It could be argued that because he was occupying Huddersfield’s wide defenders, he sacrificed his own return for the good of the team, rather than selfishly overcrowding the middle. However, he certainly wasn’t as involved as he would’ve liked to have been. Converted his penalty to bring his tally to 19 EPL goals for the season.

Roberto Firmino – 9 (Man of the Match): Is there another player so desperately underrated in the EPL as Firmino? Adored by the fans, players and staff of Liverpool for his tenacity, selflessness and overall quality; as far as I am concerned, let him keep flying under the radar. His movement caused the Huddersfield defenders countless headaches all night, and his defensive contributions allowed them no rest. Rewarded himself with a sublime finish to cap off another Man of the Match display. It’s hard to imagine a Liverpool side at the moment without the brilliant Brazilian leading it from the front.

Alex Oxlade-Chamberlain (on for Salah – 83′) – N/A: Brought on to help see the game out, and did so competently.

Jurgen Klopp – 8: Some of Klopp’s selections seemed bizarre before kick-off, even with some forced changes due to injuries and illnesses. These doubts proved fruitless however as Klopp’s tactics and men were able to deal with the physical and dangerous Huddersfield players with relative ease. After two mediocre displays in a row, this was precisely the type of result and performance that Klopp would’ve demanded from his players. Again though, Klopp’s timing for his substitutes seemed somewhat puzzling. Why couldn’t the likes of Solanke or Ings be brought on after Salah had wrapped the game up in the 78th minute? There was little risk of losing the game from there, and young Solanke would’ve benefited far greater from the 15+ minutes he would’ve received than the 1 minute he actually got. 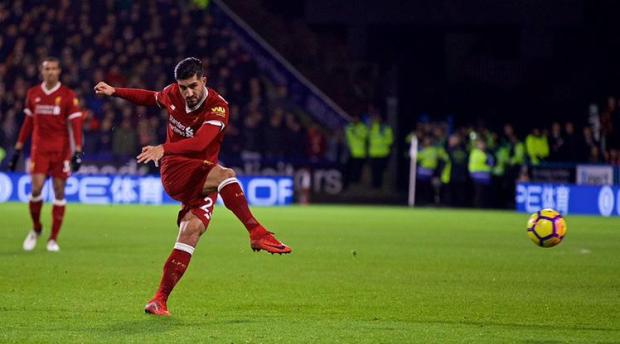 Emre – Can He Stay or Should He Go?

The future of Can is still up in the air, with no indication yet on whether he will re-sign with Liverpool or leave in the summer on a free transfer to favourites Juventus, his home-country of Germany, or even wildcards Manchester City. Should Liverpool be moving Heaven and Earth to sign him on a long-term contract as some fans suggest? It is a very difficult question to answer. Take the Emre Can who dominated Manchester City, and it’s a definite and resounding yes. Take the Emre Can who was anonymous versus Swansea, and it doesn’t seem like such a loss. I believe that Can is a perfect example of the bigger picture at Liverpool. Do we wish to keep banking on potential? Or do we expect a higher degree of consistency from our players? In Can’s case, I think he’s shown enough to warrant offering a new, reasonable deal, but nothing more. Glimpses of greatness are simply not enough, and the longer this saga drags out, the more likely it is that he will not be around next season.

The biggest story to come out of this season at Liverpool is undoubtedly the departure of our little magician, Philippe Coutinho. Many fans dreaded the inevitable day that he would be snatched up by one of the big Spanish clubs and were especially devastated to lose him in the middle of the season. However, despite the criticism that Liverpool has received for this, it was evident to those who were reading the situation clearly and coldly: Coutinho was never going to play for our club again, whether we liked it or not. When Liverpool toppled the giants of Manchester City, many thought that we would be fine without him, but his absence will be felt far greater in games such as the Swansea loss. Games where we need a little bit of magic to unlock stubborn, 10-man defences.

Losing Coutinho was offset somewhat by the long overdue arrival of Van Dijk, but many fans still feel that we are in need of an attacker to directly replace the creative maestro. Names such as Riyad Mahrez, Malcolm and Thomas Lemar were thrown around on twitter and rumours pages but they never seemed to be players the club were pursuing that desperately in this window. It would appear that Klopp is content with what he has and will only seek to bring in a replacement during the summer. Only time will tell if this stance will ultimately cost Liverpool by the end of the season or not.