FC Porto head into the tie with some talented players missing through injury or suspension. Defensively Porto will be without Felipe, their best centre-back, through suspension and midfield enforcer Danilo Pereira may not return from injury in time for the first-leg. He is ordinarily crucial in allowing other players around him to venture forward as he covers for them. In attack they could be missing their greatest weapon as well, Vincent Aboubakar will be assessed before the game to see if he is fit enough to feature. 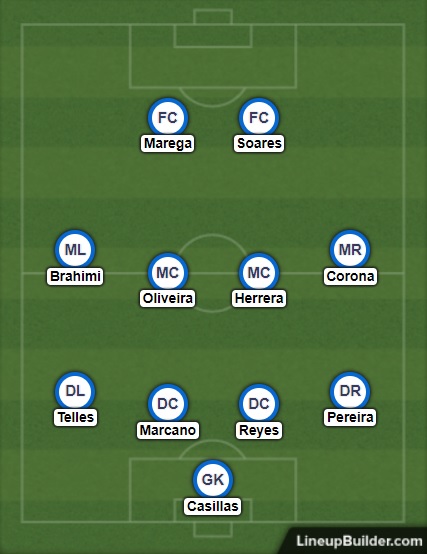 Despite these difficulties, Sergio Conceicao will still have a wealth of talent to chose from as he plots to head to Anfield in a strong position. Much like Loris Karius and Simon Mignolet at Liverpool, Iker Casillas and Jose Sa have had to share the goalkeeping position this season. Given the spectacle of the match though, Conceicao will likely rely upon the experience that Casillas possess to protect and organise a potentially makeshift back-line. Alex Telles and Ricardo Pereira will be the starting fullbacks, with Diego Reyes and Ivan Marcano in the middle. Marcano is also under an injury cloud though, so if he is also unable to play, then Porto’s defensive solidity will suffer greatly. In the midfield, Yacine Brahimi and Jesus Corona will flank Hector Herrera and Sergio Oliviera. Moussa Marega and Tiquinho Soares will spearhead the Porto attacking line.

Jurgen Klopp also has a couple of absences to deal with when deciding on his lineup. Emre Can is suspended, while Joe Gomez, Ragnar Klavan and Nathaniel Clyne have only just returned to varying degrees of training. 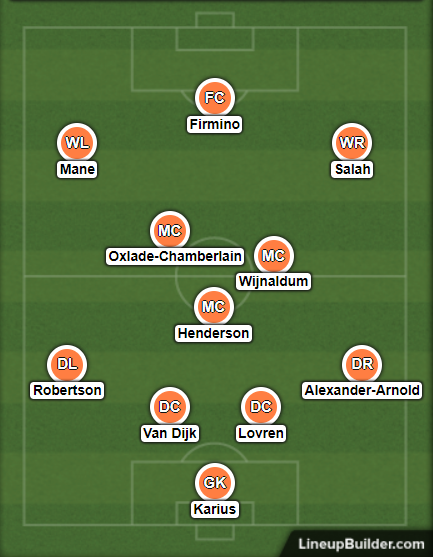 Klopp all but confirmed that Karius would retain his place ahead of Mignolet, despite the fact that Karius played in most of the cup games when he was second-choice behind Mignolet. Dejan Lovren will likely be the only change to the defence that saw off Southampton. Joel Matip didn’t do enough to retain his place in my opinion, and it’s entirely possible the Klopp was either resting Lovren for this game or merely protecting him from a potentially volatile return to his former club. In the midfield, Jordan Henderson will replace Can while Gini Wijnaldum and Alex Oxlade-Chamberlain will probably retain their places mainly due to a lack of serious competition. James Milner is the only other realistic alternative as Adam Lallana is still toiling for fitness. The front three will, of course, remain the same.

Porto are not a team to be underestimated by any stretch of the imagination. They’re quick, strong, well-organised and have a habit of winning. Most worryingly of all though, they excel at the very tactics that Liverpool struggle with, they can sit back comfortably and then destroy teams on the counter. They also have a few players who are dangerous from set-pieces, another weakness for Liverpool. Luckily though, some players who are integral that that system may be absent, or at least not operating at 100% for the game. It will be intriguing to see how Porto approach this game as they will surely feel that they must not head to Anfield in the second-leg at a deficit. Acknowledging that, they will either double-down on their defensive efforts to cover their lesser replacements and try to nick a narrow victory on the counter, or they will try and ambush Liverpool’s inconsistent defenders by playing far more aggressively in attack then they usually do. The first option seems far more likely though, as the latter would be playing right into the Reds’ hands, as long as they remain focused.

Liverpool on the other hand will undoubtedly approach this game in their usual, high-press, counter-attacking style. It is essential for the defenders to concentrate for the full 90 minutes as Porto certainly have the talent to punish any lapses from open play or from set-pieces. The midfield battle will be as crucial as ever, but even more so if Danilo Pereira is missing for Porto. If Liverpool can dominate the middle of the park, it will make Porto’s chances very few and far between. Liverpool’s attack is clearly their greatest strength, with Salah and Firmino in great form and even Mane is still dangerous despite being in somewhat of a slump. Salah in particular can turn one of Porto’s strengths, overlapping fullbacks, into a weakness. Telles, while being excellent going forward, is regarded as being occasionally suspect in defence and will undoubtedly leave space in behind for Salah to exploit at some stage. This will have the double effect creating chances for Liverpool, and pinning back one of Porto’s best attacking outlets.

Porto’s missing players may prove to be too big a hurdle for them to overcome as an in-form Liverpool could tear them to shreds on a good night. Salah and Mane should find plenty of space behind their attacking-minded fullbacks, which could spell disaster for Porto if they turn the ball over. The big questions in this match will be: Can Liverpool’s defenders remain error-free over 90 minutes, and can Porto balance their tactics so they are not entirely exposed every time they attempt to attack? I believe Liverpool have the upper hand in this regard and, providing they all play to near their best, will return to Anfield ahead in the tie 3-1.