The Goals Keep Coming for Liverpool

Another professional performance. A genuinely satisfying feeling, and one that is becoming more normal for The Reds.

Loris Karius made a crucial save to deny Mohamed Diame for Newcastle’s only real chance of the game. The defence and midfield hardly gave their opposition anything to work with.

Newcastle’s defence was predictably strong, but not enough to deny Liverpool as strikes from Mo Salah and Sadio Mane were enough for The Reds to walk away as deserved victors. 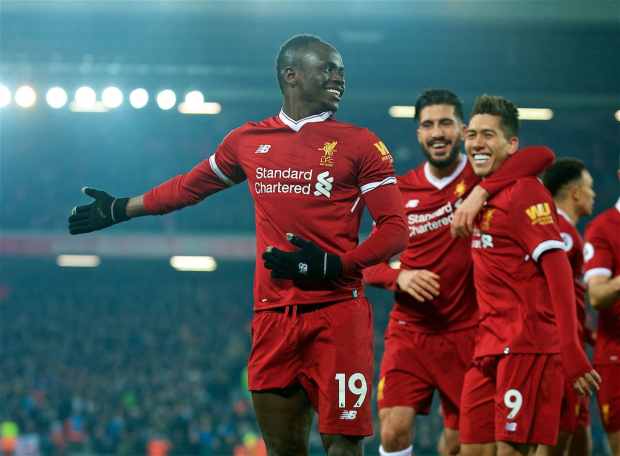 Showed excellent concentration to save a dangerous strike from Diame after having nothing to do for 40 minutes.

If he wasn’t so aware, the scores would’ve been level at 1-1, and the game may have taken a different direction.

TAA’s progression continued last night as he again showed his qualities in defence and attack.

His ability to find space and deliver dangerous crosses regularly justifies his place ahead of Joe Gomez.

Lorven wasn’t as dominant as his partner, but he was undoubtedly more composed that Joel Matip has been.

He could’ve done better with the chances he got from set-pieces, but aside from that, it was a pleasing return for the Croatian.

His organisation and leadership skills were on full display, further justifying Jurgen Klopp’s decision to sign him.

Robbo didn’t produce the same level of performance the fans have grown accustomed to, but he was still reliable throughout.

He limited the danger that pacy DeAndre Yedlin posed considerably and with ease.

A good performance from the skipper, if an unspectacular one.

He’s sometimes subject to unreasonable criticism for a lack of penetration, but he moved the ball well and did everything that was asked of him.

It was a gamble selecting Can to start as another yellow would’ve meant he would miss the game against Manchester United through suspension.

Fortunately, Can remained disciplined and again showed his strengths in passing and driving the ball forward.

The Ox put in another influential display; his days of being all show and no end-product at Arsenal seem far away.

He set up Salah’s goal expertly and was lively from the first minute until he was replaced.

Even though Newcastle’s defenders made a point of marking him tightly and offering very little space to work with, he still got the better of them.

His reluctance to shoot cost him an early chance, but he made up for it with a cool finish for the opener.

Despite a couple of hiccups along the way where his touch let him down, Mane again showed his resilience and was rewarded with the winning goal.

It has to be said that he is no less valuable than Salah or Firmino despite scoring fewer goals.

He struggled early on with the limited space that Newcastle afforded him, but he grew into the game and reemerged as the spearhead of every attack.

An absolute pleasure to watch.

Looked to be up with the pace and will hopefully start against Porto.

Helped his teammates see out the game professionally.

No time to make a difference.

Jurgen Klopp – 8: Klopp has managed to find a better balance against sides that sit back and try to lure Liverpool into overcommitting.

Recent results have begun to change the minds of doubters who criticised the German for a percevied lack of organisation and defensive discipline.

Time will tell if this trend continues, but on current form and the promise of further additions in the Summer, it’s hard to doubt the man.

No Longer A One Man Army

Recently, Klopp stated that he believes that not only have other players stepped up to fill Phil Coutinho’s void, but the team is far less predictable now.

In the past when the going got tough, players would blindly give him the ball, hoping he’d conjure up a moment of magic.

The stats prove Klopp’s theory to be correct, and in fact, Liverpool’s record without the Brazilian this season has been better, perhaps due to the reasons listed above.

Liverpool have played 20 games with and 21 without Coutinho this season.

It’s always nice to be reunited with our fat Spanish waiter.

Rafa Benitez is a man who rightfully will be remembered for his contributions to this great club both on and off the pitch.

Whether it’s the glory of Istanbul or his steadfast support to the Hillsborough families, no one will forget what he has done for the Club and City of Liverpool.

This was the first time that Klopp managed to get a win over him, and despite Newcastle facing relegation, a part of Rafa must be secretly pleased with how well Liverpool are doing.

Even though the focus will now shift to the midweek game against Porto, one eye must be kept on Manchester United.

Klopp faces a tricky conundrum; should he give key players a well-earned rest, or keep them together to maintain the current momentum.

The tie is more or less over, and Klopp would be well within his rights to field an entirely changed XI.

However, doing so could inadvertently stunt Liverpool’s flow and reduce our chances of putting United to the sword.

It is vital that Klopp finds the right balance in this sense.