Crystal Palace will undoubtedly feel hard done by after squandering countless chances to secure a vital victory against the Reds.

Christian Benteke and Wilfried Zaha in particular will rue their missed opportunities as they ultimately kept Liverpool in the game until Mane and Salah were able to steal the win.

Pessimism aside, it’s another example of this Liverpool team breaking bad habits, as it’s rare to see the Reds win a game when they don’t deserve it, unlike rivals Manchester United. 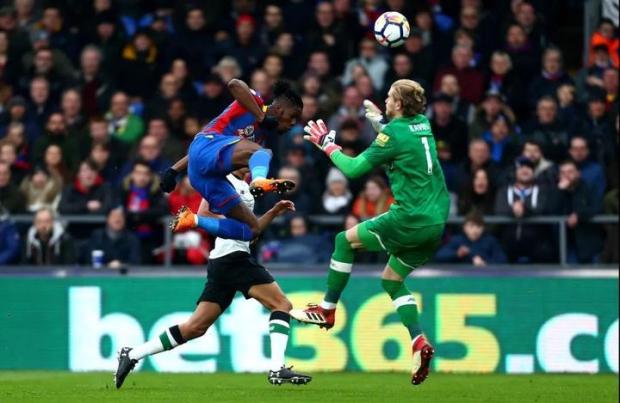 Karius was quite naive and clumsy when coming out to pressure Wilfried Zaha, and it cost his team what could’ve been a decisive penalty.

He bounced back well though and made a couple of strong saves to help keep the Reds in it.

Another pacy winger has gotten the better of the young Scouser; Zaha was turning him inside out all game.

Going forward though, TAA was a useful asset, but you have to wonder how he will cope with the challenge of Leroy Sane in the Champions League.

Quite simply, Matip’s time to prove himself is quickly running out as Benteke bullied him from start to finish.

Once again he was incredibly shaky at the back, and surely Lovren will have to take his place against Manchester City.

The Dutchman didn’t do much wrong himself, but his one glaring weakness was on show at Selhurst Park.

He spends an awful lot of time telling others what to do and where to go, but sometimes you need to take charge yourself and deal with situations even if someone else should’ve already done it.

Mo Salah, Roberto Firmino and Andy Robertson are easily the first three names on the team sheet these days.

The Scot was outstanding again and coolly provided the winning assist for Mo Salah late in the second-half.

Hendo struggled badly for the vast majority of the game to deal with Palace’s pressing game and to provide any meaningful contribution going forward.

Jurgen Klopp will be desperate to get a more influential player in the summer to sit at the base of the midfield.

It’s difficult to asses Gini’s performance because he did next to nothing, it was easy to forget he was on the pitch until he was subbed off.

He must be better against City, as he will again be tasked with the job of harassing the likes of Kevin De Bruyne and David Silva.

Milner was by far the best out of a poor midfield, at least he was able to provide the front three with some amount of service.

He helped open the scoring with an intelligent low cross for Mane to put away after wrong-footing Wan-Bissaka.

This was certainly a more quiet game from Salah than fans are used to, and yet he still scored the winner.

A combination of a good defensive performance from Palace and a poor midfield performance from Liverpool restricted the Egyptian, but when he finally got his chance, he took it with impressive composure.

This game from Mane perfectly summarised his season so far, full of ups and downs.

Mane wasted a chance to score when he chose to dive, he then had a goal correctly ruled out for offside before finally opening the scoring after some excellent movement in the box.

Firmino struggled without any form of service from those around him.

He worked as hard as ever though, and will undoubtedly be chomping at the bit to be more involved against City.

Ox was better than Wijnaldum in the midfield, but not good enough.

Bizarrely he was playing as though he was saving himself for City, as opposed to working his socks off to secure his place.

Sadly Lallana lasted only a few minutes before coming off injured.

Hopefully, it’s less serious than it appeared, but it would seem his season, and perhaps World Cup hopes are over.

Lovren was solid as Klopp changed to a back three.

Like his team, Klopp’s performance can be judged separately over the two halves.

Lovren should’ve started ahead of Matip, and the same might be said for the Ox and Wijnaldum; likewise, it’s unfathomable that he wouldn’t have realised Palace’s game plan would be to unleash Zaha against TAA.

Thankfully Klopp changed things in the second half, and his decision to switch to a 3-5-2 formation ultimately stunted Palace’s attack and won the game. 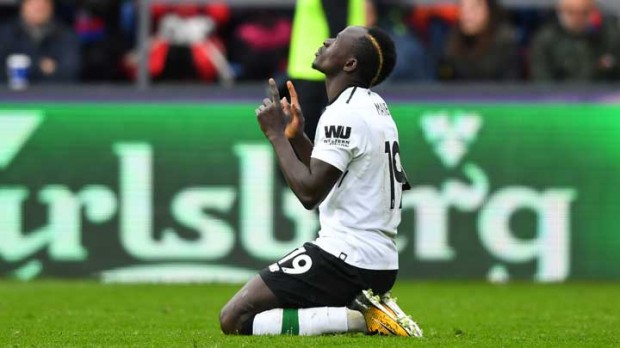 No one wants to be too harsh on the youngster, particularly after such an encouraging season that has been mostly faultless.

However, it is clear that fast, direct-running wingers can get the better of him, and this must be addressed one way or another before the game against City.

Unfortunately, Joe Gomez is injured and Nathaniel Clyne is unfit, so the options are limited, however perhaps Emre Can or Milner could slot in, otherwise Trent will need more support, potentially leaving gaps in other areas.

Jurgen Klopp won in his 100th Premier League game for Liverpool in what has been a thoroughly enjoyable although trophyless start to his stint.

Klopp’s ability to read a game and understand how to adjust his team accordingly paid dividends here, and he will need to do it again against City.

For example, if he leaves TAA at right back, he could exploit City’s eagerness to attack him by encouraging Salah to stay up as high as possible and drop into the space vacated by their overlapping left back.

Starting on Thursday, Liverpool face City at Anfield, Everton away and City away in the space of a mere seven days.

Despite being the Merseyside Derby, the games against City are far more important at this stage of the season, particularly because Chelsea bow find themselves 10 points adrift of the Reds in 5th place.

If Liverpool can emerge victorious following that manic week, then the possibility of a second place finish and a sixth Champions League title could well be on the cards.