Final Game Before the International Break

After three wins on the bounce, Liverpool will be looking to make it 12 points from 12 as they travel away to Leicester.

Even with a couple of key absences the Foxes are a difficult opponent who are known for stealing scrappy wins and draws.

It’s up to the Reds to be more clinical than last week against Brighton because it’s far more difficult to defend a narrow lead away from home.

The big news out of Leicester is the Jamie Vardy will miss the game through suspension, along with a couple of injuries to fringe players.

Vardy’s absence could change the dynamics of the game and Leicester could look to sit deeper because of it. However, both James Maddison and Ricardo Pereira have had excellent starts to the season and should not be overlooked.

Leicester could be vulnerable down the right side of their defence; Mane should has the pace and ability that could give Wes Morgan and Daniel Amartey nightmares. 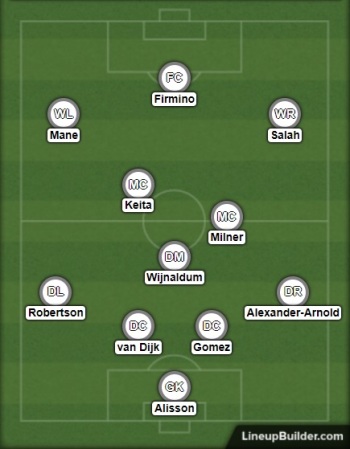 Klopp will almost certainly stick with the same lineup that he has chose for the previous three fixtures.

However, some might argue that given the considerable threat that Harry Maguire poses in the air that one or both of Fabinho or Matip should start in place of Gini or Gomez respectively.

Whatever the case, Liverpool must be ready to adapt to whatever game plan Leicester chose to employ for this match and hit them hard with our pace and quality.

Leicester have had a strong start to the season. They narrowly and unfortunately lost to Manchester United, impressively best Wolves, and then were able to fight their way to victory after a tough day in Southampton.

Aside from Maddison and Pereira, Papy Mendy has been playing well in midfield, but his partnership with Wilfried Ndidi will be tested by Liverpool’s midfield trio who have been outstanding.

However, Leicester are not particularly strong at the back, and so long as at least one of Liverpool’s front three show up, it should be enough to see a couple of goals hit the back of the net.

Despite this, the result is far from a forgone conclusion and Leicester will be confident of a result, especially given the danger they possess from set-pieces along with Liverpool’s perceived frailty in that department.

Whoever scores the first goal will give their team a big advantage in this type of game, and so long as the defence and goalkeeper maintain their form, that team should be the Reds.

It will be tough and there will be some nervy moments, but Liverpool will head into the international break as 2-0 winners.