Liverpool have to move on from the disastrous result against Red Star and perform well against Fulham.

On paper, the Reds couldn’t ask for a better team to restore their confidence and the Cottagers are bottom of the table having only earned one win and two draws, while conceding 29 goals in 11 games.

What the result against Red Star did show however, is that Liverpool cannot afford to underestimate lesser opponents, and that will still be the case against Fulham. 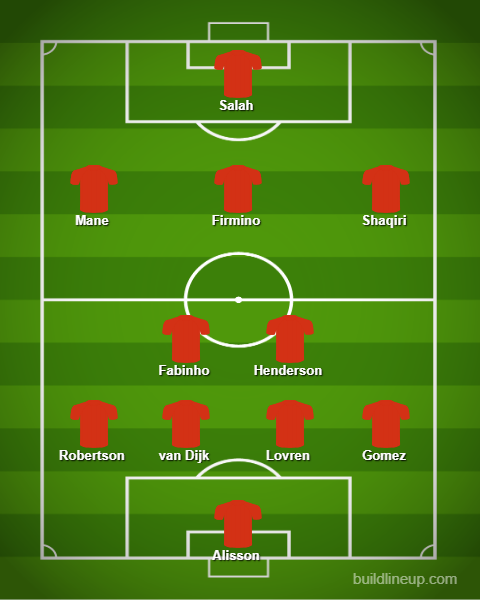 Klopp confirmed that Keita, Hendo, and Gomez are fit and available. Gomez could replace TAA at right-back after the latter struggled against Arsenal and Red Star, meaning Lovren may return at centre-back. Matip also played poorly in midweek and is unlikely to feature against Fulham.

Sturridge and Lallana didn’t impress against Red Star either, so are likely to return to the bench. Klopp has played with a 4-2-3-1 in the last two home fixtures with Shaqiri joining Salah, Firmino and Mane in attack.

Klopp has a wealth of options available to him in midfield and may rest Gini and Milner after both players have looked fatigued recently. Fabinho looks set for a recall, while Hendo could also return to the team. Keita is another option in midfield, particularly if Klopp sticks with a 4-3-3. 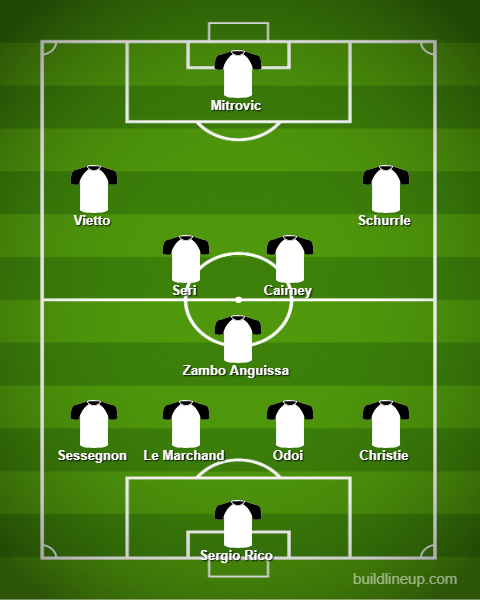 Fulham boss Slavisa Jokanovic has given no updates on Fulham’s injury situation with much of the talk surrounding his side’s woeful run of form and his precarious position as manager.

Joe Bryan presumably remains an injury doubt, while Kevin McDonald was substituted with a knock in the defeat to Huddersfield Town and his availability is unclear. Given that McDonald has been named in Scotland’s squad his problem is probably not too serious.

Timothy Fosu-Mensah could lose his place to Cyrus Christie at right-back after enduring a nightmare against Huddersfield. Stefan Johansen, Floyd Ayite and Aboubakar Kamara are among the peripheral squad players available to Jokanovic should he wish to mix things up again.

Fulham’s struggles are well-documented and Liverpool are well placed on all areas of the pitch to be able to dominate the game.

However, Fulham’s biggest threat, and perhaps only hope for a result, is their Serbian striker Aleksandar Mitrovic. He has scored most of Fulham’s goals, and his linkup play is underrated.

Mitrovic excels at winning the ball in the air and then holding it up for the likes of Andre Schurrle, Ryan Sessegnon, and Luciano Vietto. If Liverpool’s centre-back pairing can stop him from winning these balls and holding up play, then Fulham’s chances of scoring will dramatically decline.

This is a must-win game for Liverpool. The result is by far the most important thing, but Fulham at home presents the perfect opportunity for a return to form, a restoration of confidence, and to silence the doubters.

Fulham will smell blood after seeing the Reds lose to an inferior side, and will be desperate for a result given their current position, but Liverpool should assert themselves early and never give the Cottagers a sniff.

Liverpool will head into the international break having won in a convincing 4-0 result.