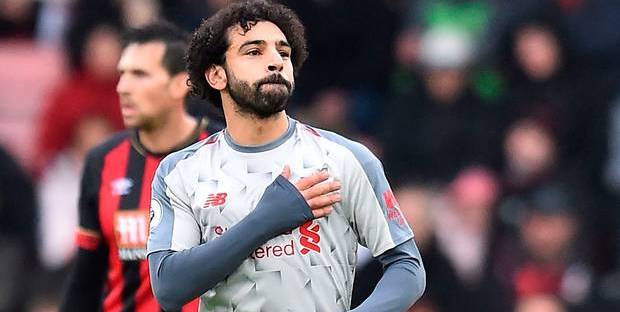 Liverpool have gone top of the league after defeating Bournemouth 4-0 at the Vitality Stadium, while Manchester City lost 2-0 to Chelsea at Stamford Bridge.

Mo Salah tapped in the only goal of the first half from a marginally offside position after Firmino forced the Bournemouth ‘keeper into an awkward save.

Liverpool ran riot in the second half with another two goals from Salah to complete his hat-trick, as well as an own goal from a tricky Robertson cross.

Our ‘keeper is looking completely unstoppable at the moment. He was slightly busier than he might’ve expected to have been against Bournemouth, but that was no problem for him.

He made a strong save to deny David Brooks (who looks an exciting prospect) early on in the match, and never looked back. Alisson had no case to answer for when Joshua King went down in the box, and the Brazilian made Junior Stanislas look silly when he easily caught the winger’s swerving free-kick.

It was slightly surprising to see Milner at right-back, although resting Alexander-Arnold made sense given that the latter had to play most of the Burnley game when he should’ve been resting.

In any case, Milner was as reliable as ever and showed tremendous industry to go along with his attacking thrust. His only real blemish was a dodgy clearance which Alisson was forced to deal with using his head.

Gomez’s long-term injury opened the door for Lovren to try and reclaim his place in the side after an impressive end to last season. However, he too was ruled out of this match, so it was Matip who had to step up.

Matip did well throughout, remaining neat and tidy while showing moments of dominance. It’ll take more than one game to convince the fans that he should remain ahead of Lovren, but one fact that’s indisputable is that Matip is far better on the ball than the Croat.

There’s not much to say about VVD’s performance other than he was typically solid and commanded the line to perfection.

It’s nothing short of incredible that he’s played for Liverpool 30 times in the League and already amassed 17 clean sheets in that time. Where would we be without him?

Robbo returned to action after missing the Burnley game. He was resting up and nursing a minor niggle before the important run of fixtures that looms ahead.

Brooks was causing him problems at times, but the tables soon turned. His ‘assist’ for the own goal was a deserving reward after another excellent day for the Scot in both attack and defence.

If TAA wasn’t playing, then you’d expect Fabinho to be the one to shift to right-back, as he’s played there for a significant portion of his career. Trust Klopp to make the right call though, the Brazilian was a wall in the middle of the park.

This is exactly why we bought him. While everyone else is bombing forward, Fab can sit back and be the safety pin to make sure that we don’t shoot ourselves in the foot. He was immense at breaking up play and got the ball moving again quickly.

Gini wasn’t too bad, and he was far more effective with the ball at his feet than in some recent games. Perhaps he was just a victim of the fact that practically everyone else had a blinder.

In any case, he was a bit too sloppy at times and was far too casual in giving away possession. He did seem to combine well with Fabinho defensively though.

Keita didn’t quite reach the heights of his performance against Burnley, in part due to being shifted out onto the left, but he still did enough to assure fans that his last game was no fluke.

He was probably the Reds’ brightest spark in the first half, especially when he was doing his trademark direct dribbling. He probably would’ve gotten a higher score if he were given the ball more often.

It’s strange. As the team’s performances have been getting better, Shaq’s been disappearing. That might be slightly harsh, but he was the only attacker with anything about him earlier in the season, maybe I’m just noticing him less now.

He wasn’t bad in this game, or any other for that matter, he just wasn’t as involved in either his attacking or defensive duties as we’ve come to expect. He was better in the first half but completely drifted out of the game in the second.

There was a lot of concern from many fans, including myself, who worried that Bobby was going backwards and was miles away from his best this season. Luckily, he scored a goal against Burnley which seemed to reinvigorate him and restore some confidence.

He carried that into the Bournemouth game, and while he still wasn’t the same Bobby as last year, he did show some creativity that had been lacking recently. His role was a bit unusual in the sense that he was much higher than in previous games when he’s played as a 10, but still not as high as Salah. Perhaps Klopp has chosen to adjust in this manner to try and restore Firmino’s dominant performances.

He’s back. Maybe it’s too soon to declare that outright, but it certainly felt that way against Bournemouth. It should be noted that Nathan Ake is no chump, but Salah made him look like an amateur all afternoon.

His second goal was particularly impressive as he stayed on his feet after having his ankle clipped, before finishing under Ake and past Asmir Begovic. The third was as brilliant as it was comical. Salah rounded Begovic twice, and Steve Cook once, before arrogantly slotting the ball past Ake. 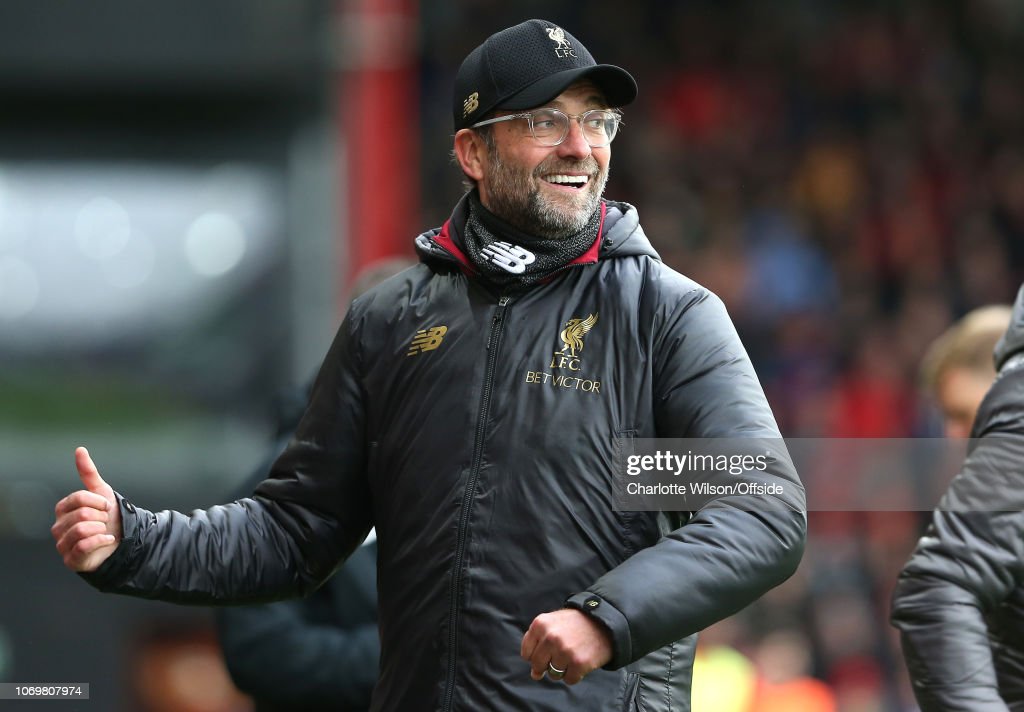 Fair dues to Lallana, he got the assist for Mo’s hat-trick goal and was generally active once he came on.

Mane wasn’t too involved, but he helped pin Bournemouth back. It’s more than likely he was reserving himself for Napoli, especially after his knock.

Hendo didn’t have much time to do anything, but he was far more aggressive than Fabinho in getting forward. Of course, he could afford to do that at 4-0.

Another week, another gamble that paid off in Klopp’s favour. This time it was to do with a few specific decisions. Firstly, he chose to play Milner at right-back instead of Fabinho, both of whom had an excellent game in their designated positions. Secondly, Klopp pushed Keita out onto the left, and Keita did a more than serviceable job, even if he wasn’t as involved as he would’ve liked. Lastly, he restored Bobby to a higher role, which did, and will continue to, pay dividends.

Klopp should be applauded for getting these calls right, and it just goes to show how diverse his squad is in the multiple roles and positions that each player can handle. It was these big calls that led to what’s arguably Liverpool’s best performance of the season.

Salah too benefited from the attack being adjusted, and both he and Klopp were rewarded with a long overdue hat-trick. Likewise, the manager utilised his bench well and ensured that everyone is as well rested as they can possibly be before the Napoli match and then the Manchester United game after that. 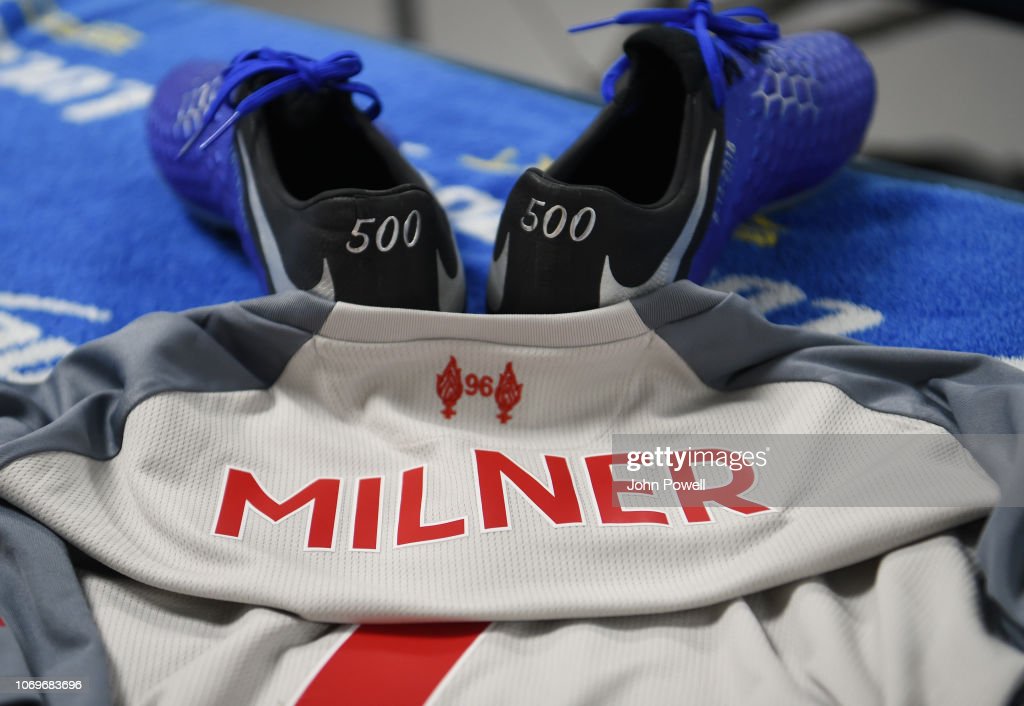 I would be remiss if I didn’t mention James Milner on his 500th League appearance. What a man, and what an achievement!

Milner’s had an incredible career, and I’m sure all of us Reds fans hope that he continues with us for a few more seasons. He’s invaluable to the team whether as a starter or off the bench. Likewise, he’s equally comfortable controlling the game in the middle of the park, shutting down wingers as a fullback, or pinging in inch-perfect crosses as a wide-man.

The high regard that his teammates hold him in was demonstrated when Mo Salah refused to accept the man of the match award, and instead gave it to Milner. A fitting gesture for a true legend of the Premier League era.

Speaking of Mo, he reached an incredible milestone of his own against Bournemouth, he became Liverpool’s 9th highest Premier League goal-scorer of all time, despite only being at the club for a season and a half.

Salah’s now on 42 League goals after only 52 appearances in the competition. To put that in perspective, Phillipe Coutinho (who Salah overtook, alongside Steve McManaman) took 152 games to get to 41 goals. What Salah has managed to achieve during his short time on Merseyside is simply phenomenal.

His resurgence couldn’t have come at a better time either, because the next two games could have significant implications on how the rest of the season will play out.

Chelsea have done Liverpool a massive favour by defeating City, and not just because it sends us top, or because it leaves us as the only remaining undefeated team, but because the result means that City got 0 points from that same fixture that Liverpool got 1 from. Results like that are what decide titles. Although, in fairness, the result might’ve been different if Sergio Aguero and Kevin De Bruyne had’ve played.

For now though, it’s important to not get too far ahead of ourselves as Napoli are on their way. We all know what’s needed at Anfield, but the consequences of failure could prove fatal to our title chase as the Europa League is far more taxing than the Champions League. If we’re relegated, then we should hope that Klopp sends a B team to every Europa League game he can afford to and accept that elimination could stem from that decision.

Either way, the next EPL fixture is against Man Utd, and we can’t afford to let our lead slip so soon. Jose Mourinho has a habit of raining on Liverpool’s parade, and despite us being the better side under Klopp, our record against the Scum isn’t as good as it should be. It’s time to rectify that.