Reds Move on to the Knockout Rounds

On a night where a professional and clinical effort was needed, every member of the team stood up and was counted. Liverpool faced relegation to the Europa League if they failed, but the Reds never looked like doing so.

Mo Salah, the Egyptian King, continued his resurgence with the first and only goal in the 35th minute, ultimately sealing the Reds’ progression. It was a well-taken effort and one that the team deserved after the string of chances that preceded and followed the goal.

There were some nervy moments throughout, particularly towards the end, but part of that stems from us fans still coming to terms with the fact that our team is more than capable of defending a narrow lead now. 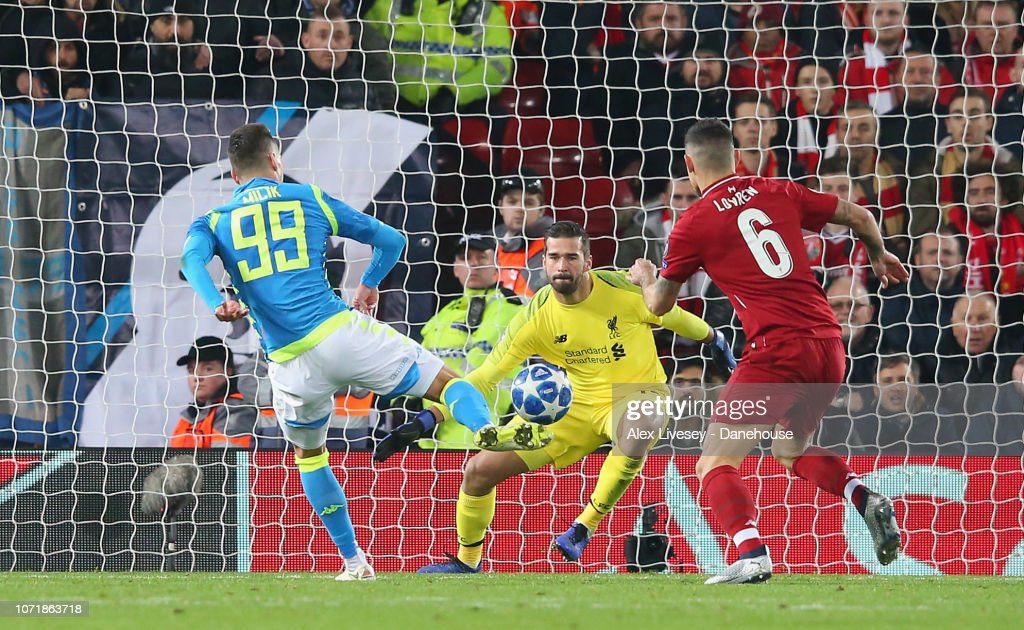 Normally when the ‘keeper receives the man of the match award it reflects poorly on the rest of the team as it suggests they didn’t do much with the ball and didn’t protect their own goal enough. That isn’t the case here though.

Alisson was a wall all night and his only mistake was one poor pass. He produced what has to go down as the moment of the season so far with his last-minute save to deny Arkadiusz Milik a goal that would’ve sent the Reds crashing out of the tournament. He had no right to block a shot from that distance, yet, this is the standard the Brazilian has set for himself since he’s arrived. Best ‘keeper in the world? Quite possibly.

Trent had a nightmare against Napoli last time, and the Italians hadn’t forgotten as they targeted his side all night, but unlike last time, the Scouser was up for the challenge, aside from a couple of moments where the opposition got the better of him.

Furthermore, he provided a few well-placed balls into the box which could’ve led to goals, including one that Milner probably scored from. Sadly, he was brought off through injury late into the game, but let’s hope it’s not serious enough to keep him out of the United game.

Matip had another excellent game, but like TAA, he too faces a nervous wait to see how serious his injury is. His side was favoured by the opposition again, but he was able to deal with everything Napoli threw at him.

He was equally as strong in the air as he was on the ground, and crucially, his passing was mostly impeccable. We haven’t seen the best of Matip’s passing as he’s still used to hoofing it under pressure because he couldn’t trust his ‘keeper enough to pass it back. Once he’s more comfortable with this new style though, he’ll get even better.

There was concern from the fans when VVD picked an early, and harsh, yellow card, but the only person who didn’t seem phased by it was the man himself. Other centre-backs might’ve let the anxiety get to them, but the big Dutchman was as confident as ever.

He made countless interventions to stop Napoli’s attackers in their tracks, which forced them to begin shooting from distance. Unfortunately, the booking means he’ll miss the first leg of our round of 16 game next year.

He’s done it again. How much more of this will it take before neutral fans start recognising the fact that Robbo has well and truly developed into one of the world’s best after only 12 months or so as a regular in the team?

His defending was good, but it was his attacking runs that really caught the eye; he was relentless. He should’ve had an assist when Mane wasted a glorious chance, but Robbo’s tenacious running alone helped the team by pinning Napoli’s right flank back. 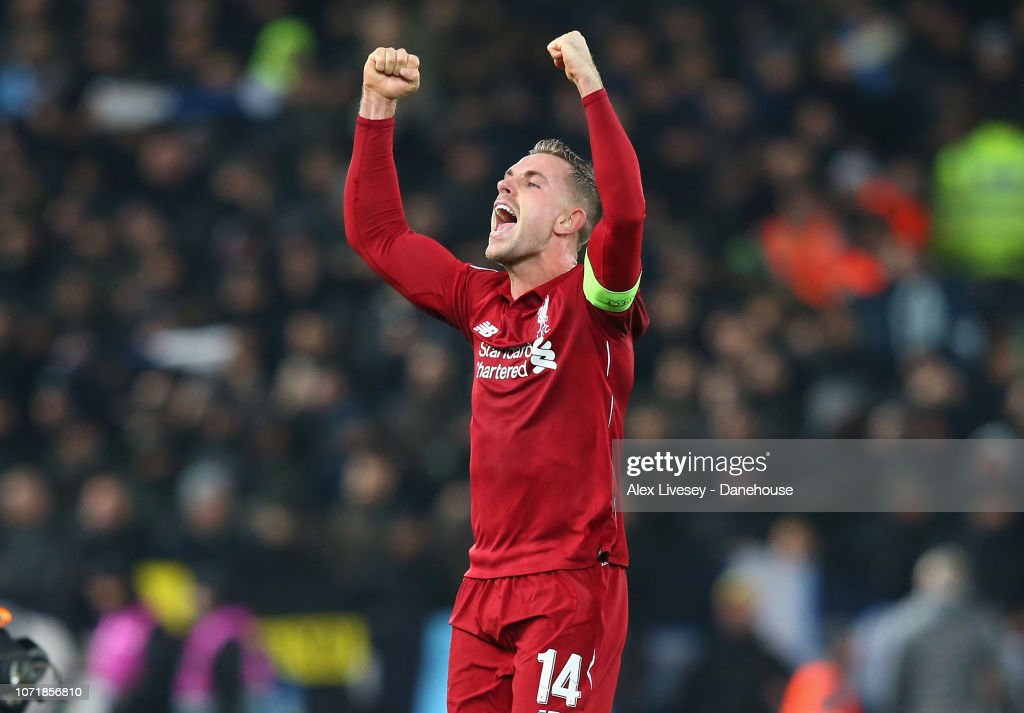 A season-best performance couldn’t have come at a better time for our under-fire captain. Many, including myself, were simply baffled when Hendo was included ahead of Fabinho and Keita, but the Englishman calmed all fears with a true captain’s performance.

It wasn’t just that he was crunching into tackles and breaking up play, it was that he answered his critics with some driving runs and, most importantly, got the ball moving forward as quickly as possible. If he can keep that up, then a lot of the hate he gets online will simply vanish.

For the first time in what feels like months we got to see the real Gini Wijnaldum. Even at his worst, Gini’s able to retain possession under pressure incredibly well, so getting the ball off of him on a night like this was mission impossible.

Unlike in previous performances, he maintained a high standard until the final whistle and played a deciding role in limiting Napoli’s chances late on. He was certainly the catalyst for linking everything up on the night.

Not to be forgotten, Milner also had a tremendous game. The engine he possess is simply staggering, and he was an utter nightmare for Napoli’s midfielders all night.

The only criticism of his performance was that he could’ve gotten himself a couple of goals. His first chance came from an excellent cross from TAA and the next game just before he was subbed when he narrowly shot past the upright. 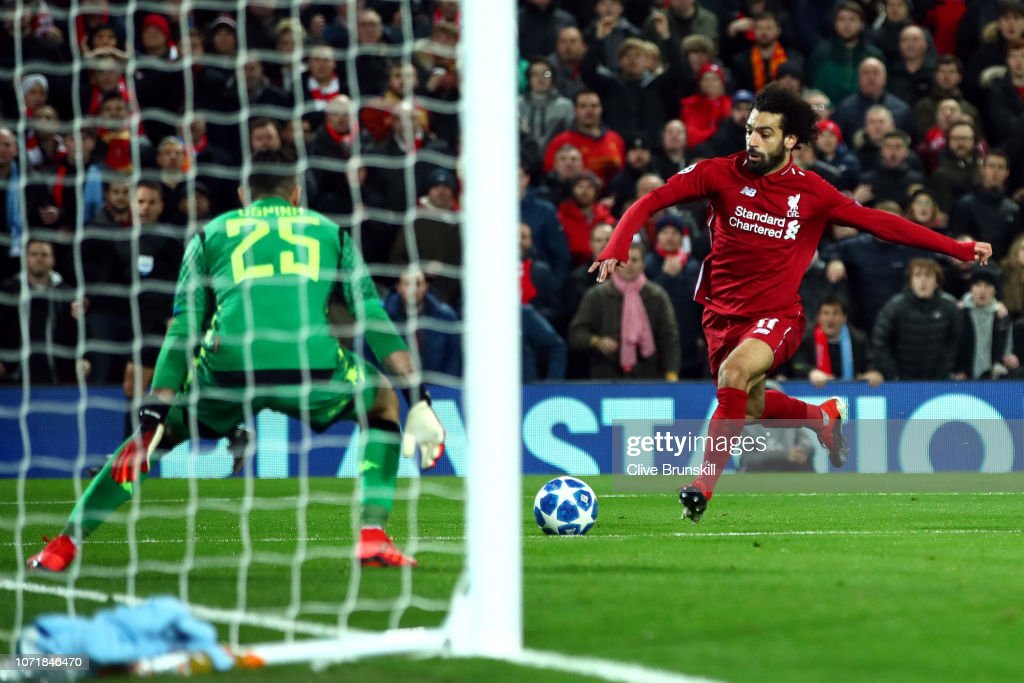 He’s never gonna stop. Mo Salah is on fire right now! He did miss a big chance early on when his first touch let him down and had another couple of opportunities to score, but in the end, it was his goal that sent us through.

He got past Kalidou Koulibaly, which is no mean feat, and then put the ball into the back of the net with a lovely finish from a difficult angle, embarrassing a flailing David Ospina in the process.

Given his effort over the 90 minutes, it feels harsh to give Mane such a low rating, but he did miss some glaring chances that could’ve made the night so much easier and less stressful.

Encouragingly, he kept getting into the right positions, but his finishing was very poor by his standards. Let’s hope he makes up for it with a goal or two against United!

It’s a shame that Bobby’s yet to go through the same resurgence that Mo is experiencing, but I’ve got no doubt that a return to his best form is just around the corner.

He’s already getting better though, and against Napoli, he showed glimpses of what he’s capable of. He set up a few chances and clearly looks more comfortable up top than in behind in a 4-2-3-1. 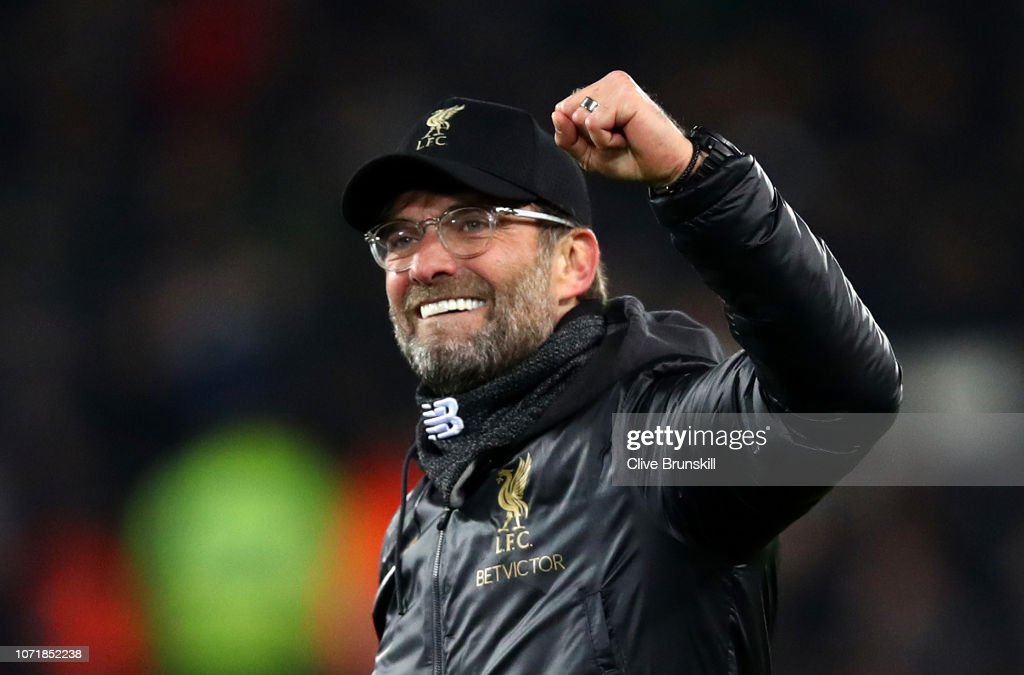 It was a surprise not to see Keita in the starting lineup, but that’s perhaps a sign he’ll start against United. He gave the team a lift when he came on, disrupting Napoli’s attempts to overrun us.

Fab didn’t have enough time on the pitch for a proper rating, but his aerial presence was invaluable late on.

The Croat had one ‘classic Lovren’ moment, but luckily the failed clearance didn’t lead to anything.

Most fans, including myself, doubted Klopp’s midfield selection before the game, and some thought the decision was downright mad given Fabinho and Keita’s form and the importance of the match itself.

Once again though, Klopp proved everyone wrong and was rewarded for this faith in his more experienced midfield trio. This decision, or gamble in the eyes of some, was arguably the deciding factor in the game. People can point at the Salah goal or the Alisson save, but the fact is that the midfield won us that game.

His shrewd selections also mean that Shaq, Fab, and Keita are completely fresh and ready to hammer United when they come to Anfield on the weekend. 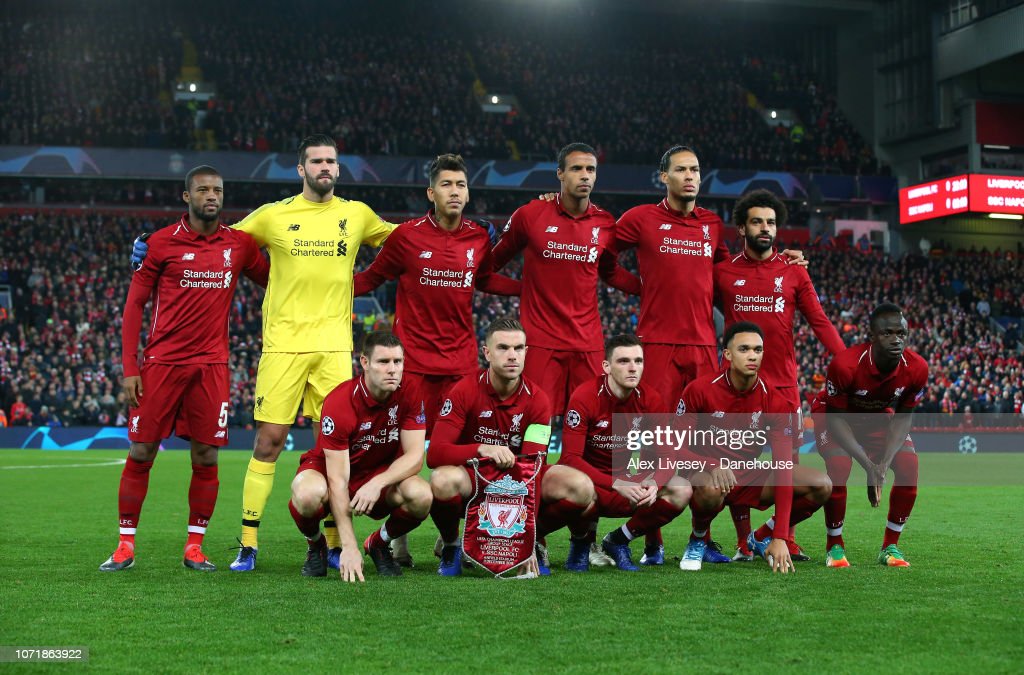 It’s a strange time in modern football that many fans have admitted that they’d have rathered drop out of Europe entirely than have gone into the Europa League.

I’ll admit, I was one of those fans. Regardless of how other people may view it, I have little to no interest in Europe’s second division and view it mainly as an unnecessary distraction unless you reach the semis. It means so much extra travelling and far less time on the training pitch as a result, which is a luxury we can’t afford when we’re trying to hold off Manchester City.

Now that we’re in the Champions League knockouts though, I hope we go far. Yes, it also means travel and less preparation, but the UCL still holds value for fans and players alike. We can’t claim to be a big club while also hoping to go out in the next round so we can focus our efforts on the EPL, we should have enough to compete on two fronts.

This games, along with the previous few, have seen multiple Reds redeem themselves in the eyes of the fans after a mediocre start to the season that’s been masked by terrific results.

Starting at the back, Matip’s been a revelation after we all lamented the temporary loss of Gomez. If he can keep this up, and stay fit of course, then he’ll have cemented his place in the squad for many seasons to come. Salah’s return has been talked about to death, but it can’t be overemphasised how important he is to the side.

The midfield deserves the most praise though in this regard. Not only did the starting trio play brilliantly, but it came after Fabinho and Keita had played their way back into the side. We now have 5 legitimate options in midfield at the most crucial point of our season so far.

I’m always nervous about United games. They mean so much to me in that a win can make a poor season acceptable, and a good season a frustrating one if we lose or have a bad draw. This season’s clash will see the stakes raised even further in the context of our title chase and Jose Mourinho’s efforts to stay in a job.

Jose will likely try and do to us what he did last season and use Rashford, and possibly Martial’s, pace to hurt us on the counter after keeping almost everyone behind the ball and soaking up as much pressure as possible.

This is why Gomez is a big loss because his pace would’ve negated that plan. Matip can catch these players over a long distance too though, so his inclusion would be acceptable, particularly if TAA can’t play so Milner shifts back to right-back. Lovren would struggle with this and his inferior passing ability would trouble us given the fact that our backline will see a lot of possession throughout the game.