A visit from Manchester United is always a nervy affair, especially considering it’s been quite a while since we’ve beaten them in the League. That stat would make some believe that United have been dominating us when in fact, it’s been quite the opposite. They’ve just been stubborn and lucky with their deep defending and counter-attacks.

The injuries we suffered before the game suggested that a similar result was on the cards, and after Alisson’s mistake, it felt like déjà vu. The Reds dug deep though and refused to allow Mourinho’s men to knick another undeserved result.

Shaqiri was the hero in the end, scoring two goals to secure a 3-1 victory for the Reds. Mane gave the home side the lead after some wonderful link-up play before Super Shaq got on the right side of two deflections and sealed a deserved win. 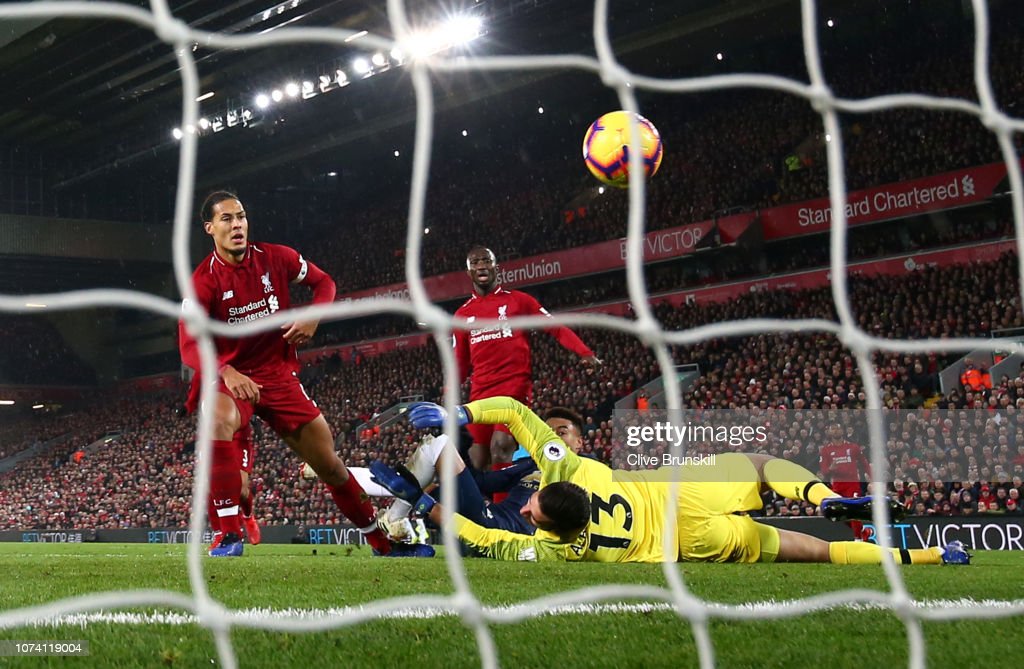 It’s just Liverpool’s luck that even when we finally land a top class ‘keeper, he still makes the odd howler. In fairness to Alisson, he was pretty unfortunate because although he slightly bobbled the catch, he would’ve secured it once he landed on the ground. In this instance though, his own knee knocked the ball loose and right into the path of Jesse Lingard.

Thankfully it didn’t matter in the end because his team bailed him out at the other end, which was a nice touch after Alisson bailed them out plenty of times, particularly against Napoli. He didn’t seem too phased by the mistake and finished the game well, especially with his quick and precise distribution.

Who can honestly say they weren’t even a little bit nervous to see Clyne’s name on the team sheet lining up against Marcus Rashford? Furthermore, who truly believed he’d have an outstanding game? I certainly didn’t, but I was extremely pleased to have been proven wrong.

He did fatigue badly as the game went on, but that’s to be expected from a player who’s played so little football in the last few years. He overlapped Mane well all game, even when his runs were ignored. He wasn’t able to do too much with the ball, but his defending was absolutely spot on.

Lovren was solid, no more, no less. Aside from a couple of moments, he rarely allowed his man to get the better of him, and he looked composed on the ball without being too potent.

He might’ve done better when he swung clumsily at a loose ball that could’ve put the score to 2-0, but it’s difficult to expect a centre-back to keep a cool head in the opposition’s box. Whatever your thoughts are on the player, we need badly need him until Gomez and Matip are back.

VVD’s the best in the League, if not the world right now. It’s so refreshing to have a defender who combines composure and commanding leadership so seamlessly with pure talent and ability. There were so many times that he was under pressure at the back, but made a tricky turn and pass look easy.

Romelu Lukaku had fewer touches of the ball in 90 minutes than Shaqiri had in about 20, and that’s largely down to the fact that van Dijk didn’t let the Belgian out of his back pocket all night.

Robbo was tireless again, but I have to lower his mark slightly due to the corner fiasco. He’s an inspirational lad and never shies away from a big game or a big performance. Aside from the corners, you know you’ve had a good game when misery guts Moaninho singles you out for praise.

The United manager said, “I am still tired just from looking at (Andy) Robertson! He makes 100-metre sprints every minute – absolutely incredible.” It sounds like Mourinho knows how big the gap between the two sides is.

There were a few grumbles around the stadium during the first few minutes because Fab kept misplacing his passes. It seemed at first that the occasion was getting to him. How wrong we were! Fab was phenomenal for the rest of the game, winning tackles, creating chances, and threatening with long shots. It was a truly complete performance.

His pass over the top to Mane was inch-perfect. He lobbed it beyond the defence and dropped it right onto the chest of Mane. If Fab can build on these kinds of performances, he’ll become the best holding midfielder the club’s seen in the Premier League era.

Gini was very tidy against the Mancs, never gifting them any easy possession by giving the ball away. Even when it looked like he was running down a blind alley, he was still able to wriggle his way out.

He wasn’t exactly dominant, and he’ll have to face more resilient midfield units this season, but games like these are becoming the benchmark for Gini lately. His ‘worst day’ isn’t nearly as bad or frequent as it used to be.

It was a mixed bag for Keita on a night when he really could’ve taken the game by the scruff of the neck and exploited United’s weaker midfield and dicey defence.

He wasn’t bad. It’s just with his recent form and the fact that he was rested specifically for this game, you’d expect more. He was always nearly producing something, and a put in a good shift defensively, but ultimately, he wasn’t quite good enough. In fairness, he’s still not started many matches and has been forced to play a different role almost every single game. 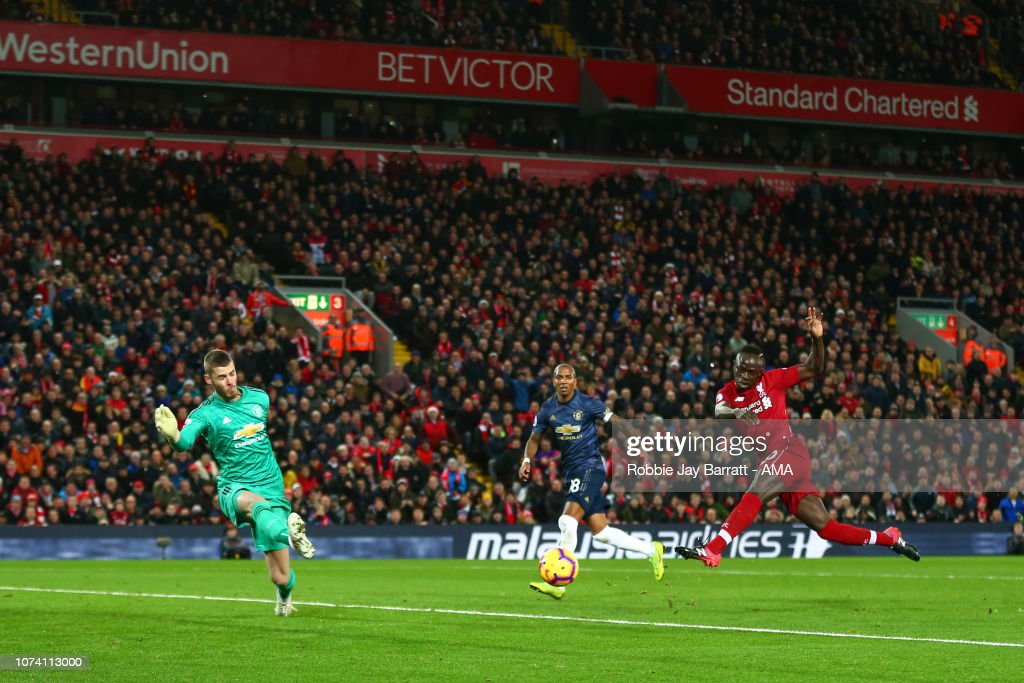 This was Salah’s worst performance for a few weeks now after going on a run of goals and good performances. He didn’t let the team down by any means of course, he just wasn’t as influential as he could’ve been.

Even on an average night, he was able to cause panic in United’s defensive ranks, but his decision making in the box let him down far too often, and he even managed to leave the ball behind during one counter-attack.

Some have argued that Mane didn’t have a great game against United, but even though he might’ve given the ball away a few too many times, he still scored a cracking goal from a perfect touch and finish, and then set-up the second with some sublime dribbling.

He looked knackered in the second half, which may explain why he so casually gave the ball away frequently as the game went on. Klopp probably should’ve subbed him far sooner than he did.

Bobby’s getting there. His class and creativity were on show against United, and although he didn’t get a goal or assist, he created plenty of half chances with his passing and shooting, particularly when he dribbled through three United defenders and got an outside of the boot shot away.

Maybe it was just me being paranoid, but I thought I saw him rubbing his eye a couple of times during the game. I hope that he’s not still suffering from that horrific eye poke he received weeks ago. 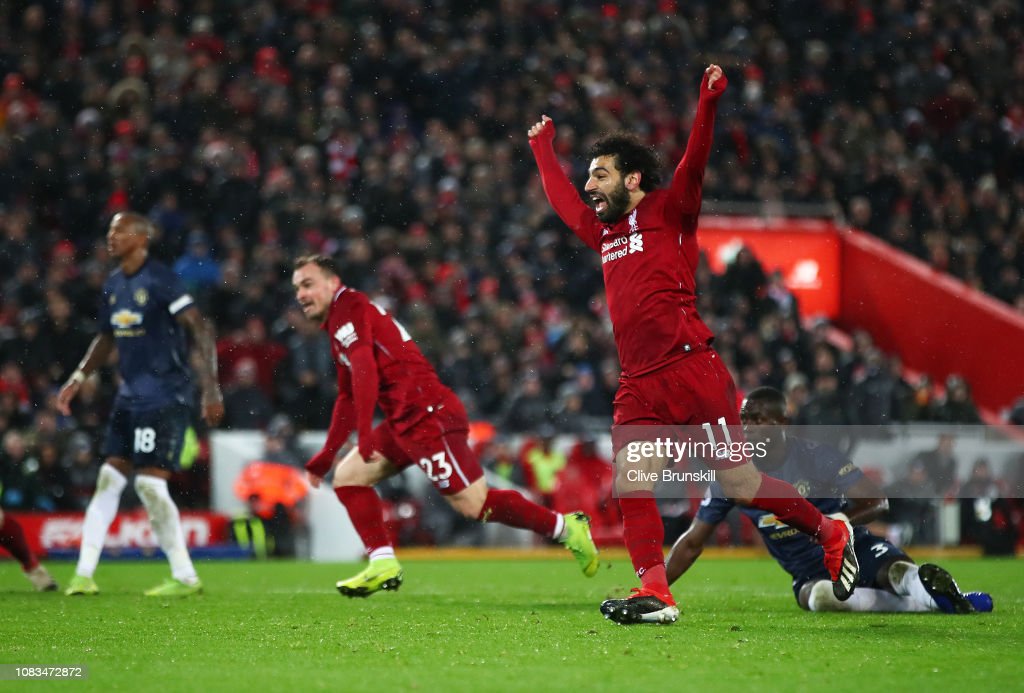 Shaq was worth every penny. Of course both goals had more than a touch of luck about them, but you create your own good fortune when you get yourself as involved as Shaq did. What a confidence booster for himself and the rest of the team.

Hendo’s only involvement was firing over on his weak foot after some good linkup play.

Klopp got his team selection spot on again. What a gamble it was to bring Clyne back into the starting lineup after so much time on the sidelines, particularly in such a big game. Once again though, his gamble paid off.

Klopp said, “Nathaniel Clyne, first [league] game of the season. Brilliant, [he] adapted to the style after being not involved. Outstanding. All the boys worked so hard after Tuesday’s game. Now we have to carry on.”

This fixture has been somewhat of a bogey for Klopp since he’s arrived, and more often than not, Mourinho’s gotten the better of him. Sometimes it’s been down to luck, but often the wily Portuguese manager as simply gotten the better of the German tactically, that wasn’t the case this time though. It was Mourinho who was forced to dictate his game around Klopp this time as the former had clearly set his team up to be more aggressive than usual, but Klopp’s tactics forced United to retreat back into their boring, defensive shells. 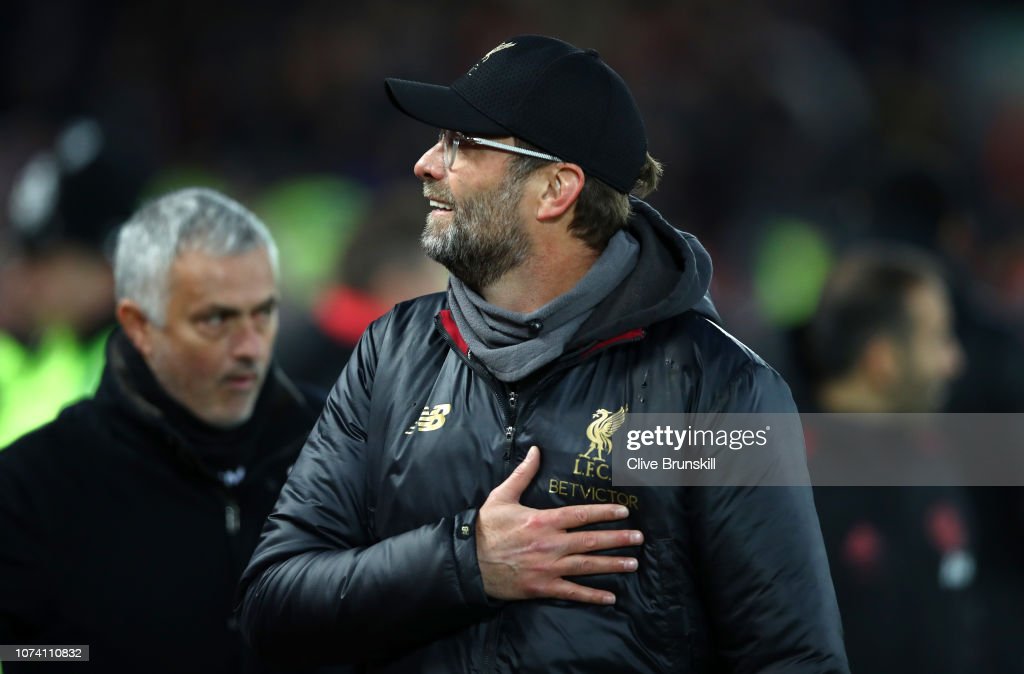 Liverpool are now a whopping 19 points clear of Manchester United, but points aren’t the only way to measure the immense gulf between the two sides. Liverpool haven’t won anything under Klopp, but the strides that the club have made in that short space of time are virtually unparalleled.

United have done the complete opposite. It’s rare that you see such a great team fall so far so quickly, but that’s what’s happened at Old Trafford. The style of football is the antithesis of what you’d expect from a United side, and some of the stats from the game were telling.

Liverpool had 36 shots and 65% possession to United’s 6 shots and 35% possession. Incredibly, every single one of Liverpool’s outfield players, including the subs, had at least one shot against United. These are the kinds of stats you’d expect from a relegation side, not Manchester United. Surely Mourinho’s got to go soon.

Aside from perhaps Keita and Salah not quite being at the races, the only negative to take out of the game was the absolute comedy of errors that was Liverpool’s corners. Just about everyone had a crack at some point or another, but not one of them could clear the man at the front post.

At one point, Salah mercifully took over from Robbo who’d been copping it for hardly getting the ball off of the ground, but when the Egyptian stepped up, he did practically the same thing! In hindsight, it was quite funny, but only because we won in the end.

A team as good as ours shouldn’t be wasting any opportunities, certainly not from set-pieces considering we have a handful of players who are very good in the air. We’re doing ourselves a disservice every time the ball isn’t delivered into a dangerous area. Klopp needs the players to do more work on the training ground to get the corners right.

The win saw Liverpool return to the top of the table after Everton put in a fairly limp performance to gift Manchester City an easy win to put them two points clear.

Liverpool play first next week though, so a win against Wolves will see us, at least temporarily, four points ahead at the top of the table. Getting a win at the Molineux won’t be easy though, as this Wolves side are well up for it. Let’s not forget they managed to knick a draw off of City earlier in the season.

Thankfully Liverpool will have a full week to rest up and prepare for the game as opposed to City who take on Leicester in the Carabao Cup midweek before their game against Crystal Palace at the weekend.