It’s the Most Wonderful Time of the Year

Liverpool fans are in a collective state of euphoria and disbelief right now. Not only are the Reds still unbeaten and playing excellent football, but Manchester City, our closest rivals, have lost 3 out of their last 4 League games meaning Liverpool are now 7 points clear of them.

While that’s great, it’s important to remain focused on ourselves. Klopp’s men certainly were against Newcastle and deservedly waltzed to victory with a 4-0 win at Anfield.

Lovren opened the scoring before Salah doubled the lead from the penalty spot. Shaqiri scored in front of the Kop to put the result to bed, but there was still time for Fabinho to get his first goal in red. It was an excellent day all round for the fans and players alike. 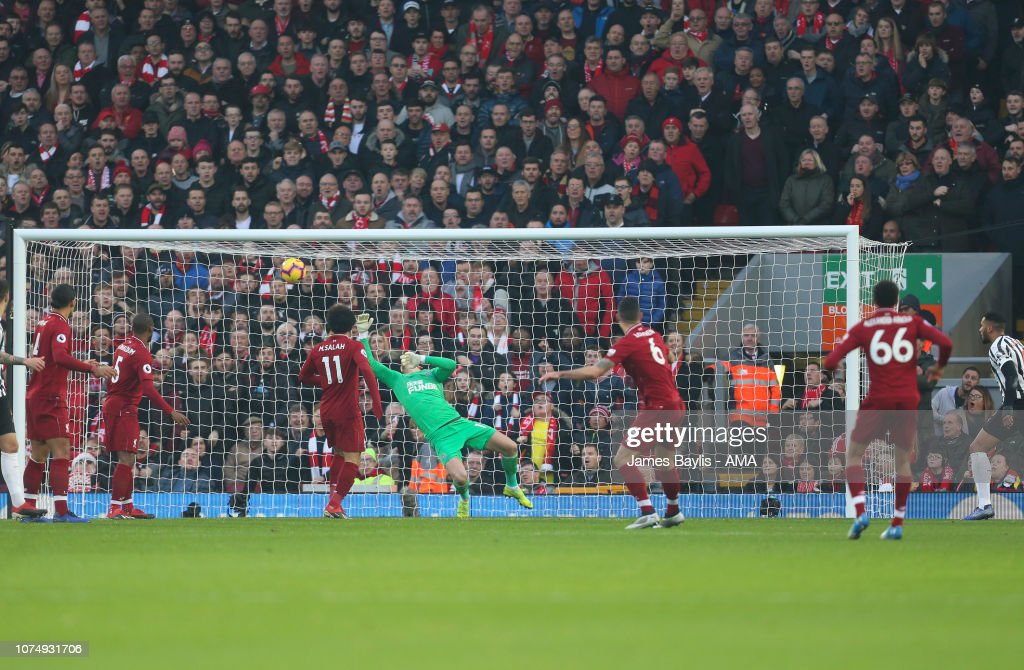 Harking back to the start of his Liverpool career, Alisson had practically nothing to do on a cold Boxing Day between the sticks aside from a few routine saves.

The Brazilian was finally called into action with ones of the last kicks of the game, but he did brilliantly well to keep yet another clean sheet to help Liverpool pull themselves level with City’s impressive goal difference.

It was great to see Trent back so soon after his injury a couple of weeks ago. I feared he’d be out for months at the time, but thankfully that wasn’t the case. Unfortunately, the relief of his return was dampened by the news that Milner had a hamstring problem.

Trent went mostly untested in defence despite Newcastle’s best efforts, but his contribution to the attack was excellent and he was rewarded with an assist for Shaqiri from a low ball into the box.

What a strike! We’ll likely go a long time before we see a defender hit a ball as sweetly as Lovren did when he belted it into the top corner after a failed clearance.

Aside from his astonishing goal, Lovren bossed it in defence and never looked like making a mistake. He also gave Mane a glorious chance to score late into the match. Hopefully Lovren can keep this up until Gomez’s return and beyond.

VVD had next to nothing to do all game. He won everything in the air, moved the ball around well, and almost scored on a number of occasions.

There’s little else to talk about here in terms of analysis. He’ll be hoping every other game is as easy as this one, but like Alisson, he never appears to become complacent even late into games.

Robbo had an incredibly similar game to TAA. Neither were forced to break a sweat in defence and both provided excellent width and attacking thrust.

While Robbo didn’t get a direct assist like Trent did, it was his cross to the back post that Newcastle failed to clear before the ball sailed towards Lovren.

Similar to his performance against Wolves, Hendo was far more aggressive with the ball than he has been at times earlier in the season and for the most part, it paid off, as he was directly involved in the build-up to the third goal.

My only criticism of him was that, again similar to the Wolves game, I just wanted to see more. He seems well suited to the role and system that he’s being used in at the moment, but perhaps he still needs a bit more confidence to really take games by the scruff of the neck.

Gini was probably the worst Red on the day, but even then, he wasn’t too bad. His industry was never in question, but his passing left a lot to be desired.

He gave the ball away far too many times against poor opposition and on another day, he could’ve been punished for it by better, more confident players.

Bobby’s current form resembles that of Salah’s a couple of months ago before he starting clicking into gear — a frustrating case of one step forward, two steps back. Aside from one good ball through to Mane, Firmino’s end product was mostly disappointing, although he was still confident enough to keep trying.

Hopefully he’ll do what Salah has done and made his good days far more regular. Many questioned whether Salah should be a striker after such a good season on the wing, but now look at him. The same result could come from questions over Firmino’s suitability as a 10. 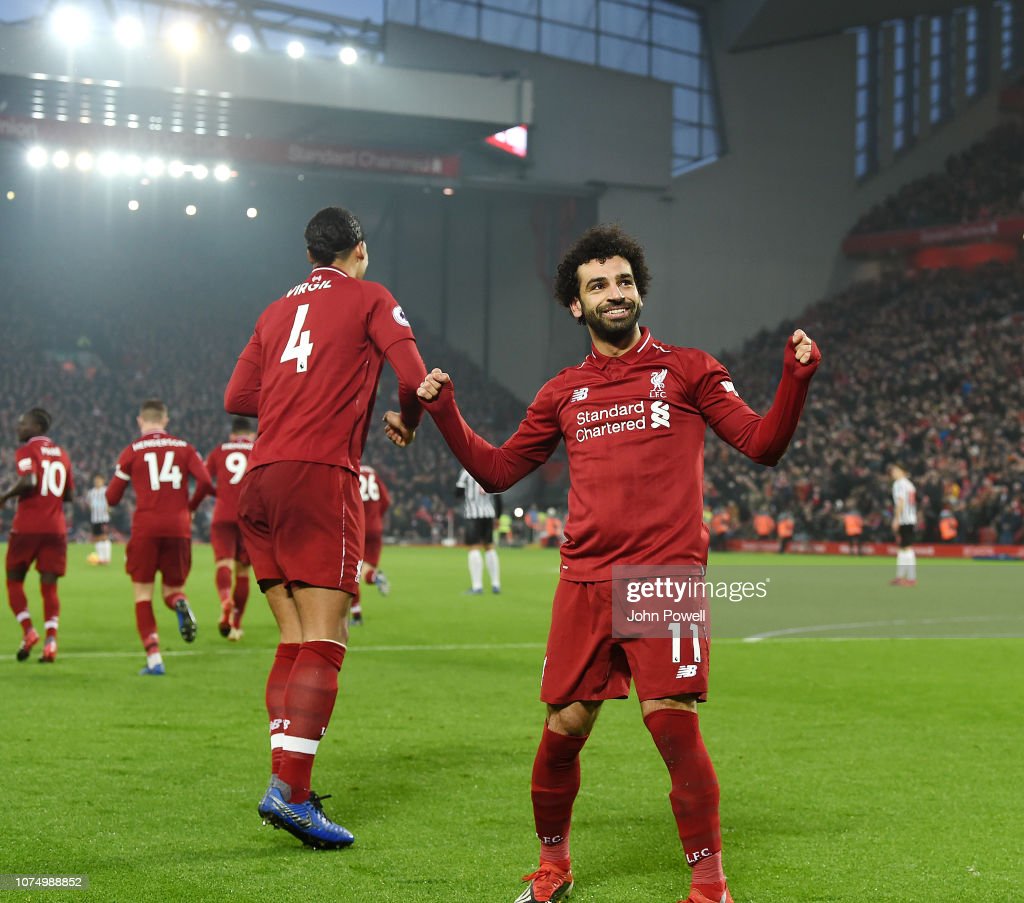 Poor Mane. He did just about everything right except score. Every time he was put through or had the chance to set someone up, his touch was either inches off, or the ball was just slightly out of his reach.

His movement and involvement demonstrated that he’s desperately close to returning to Man of the Match performances, but he could use a goal or two to give him the confidence to do so (much like Firmino in that sense).

Shaq had a similar night to Mane. He was up and down and regularly on the periphery of creating something special, although, he improved as the match went on.

He created quite a few chances and showed enough swagger to attempt a backheel flick-on, which didn’t work sadly, but you want your attacking players to have that level of confidence and freedom to express themselves. He scored the easiest goal of his career when he nipped into the back post and passed the ball into the back of the net.

We need to address the elephant in the room first. Salah went down very easily for the penalty, and if the situation were reversed, we’d all be incensed. Sure, there was contact, but the penalty was a weak one. Having said that, it had no bearing on the result whatsoever, so in the grand scheme of things, it’s fairly inconsequential.

Mo was relatively quiet at the start of the game, but it didn’t take long for him to start terrorising Newcastle’s defence. He won his penalty and then scored it with a precise shot into the bottom corner, and then he assisted the final goal with a great delivery from a corner. 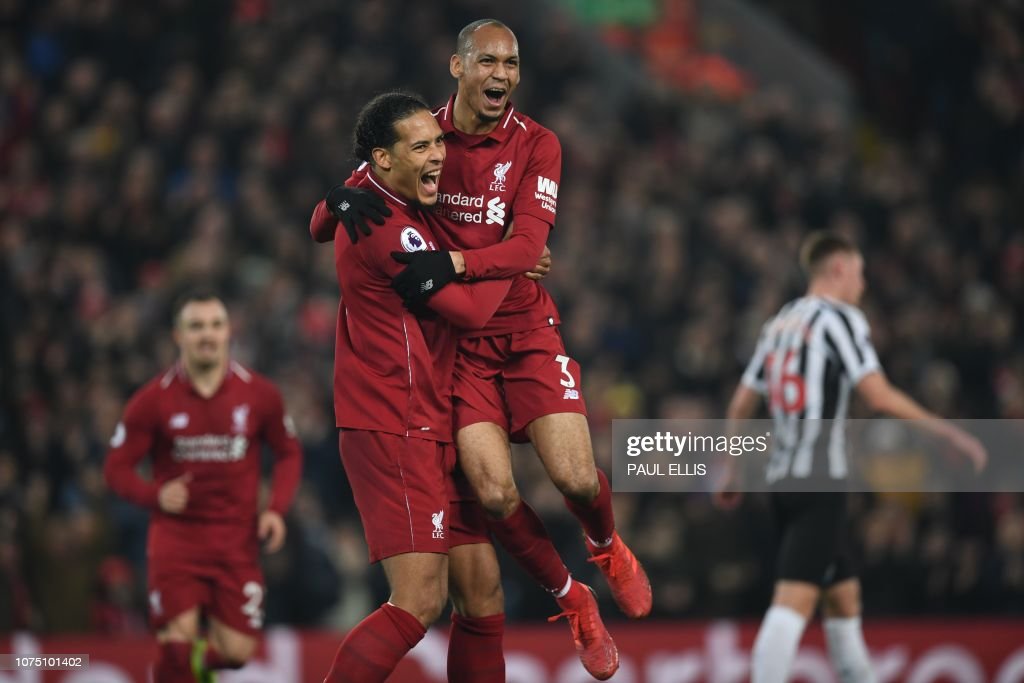 It’s always great to see someone grab their first goal for the club and Fab certainly deserved one after his great run of games recently.

Studge tried hard and linked up well with his teammates, but he couldn’t make a significant impact on the game.

Clyne appears to have taken Moreno’s place on the bench, which is good because he’s more reliable in defence than the Spaniard.

Many people would’ve been expecting Klopp to have fielded a far weaker, rotated side considering the upcoming game against Arsenal in a few days, and then City after that. However, imagine the fans’ reaction if Klopp fielded a second-string lineup against Newcastle and drew on a day when City lost to Leicester!

Moreover, given that the game was a doddle for the most part, it’s hard to imagine that many Reds would’ve left the pitch feeling exhausted after that one. It also gave a chance for players such as Trent to return from injury in an ideal setting, as well as give an opportunity for players like Mane and Firmino to rebuild a bit of confidence before Arsenal and City. Klopp gave them the chance to do so, but unfortunately, they didn’t really take it.

The only thing that displeased me was that Klopp didn’t afford Keita the same opportunity, not even from the bench. This seemed like the perfect time to get Keita out there, whether for the full 90 or just the final 30, and give him the freedom to do and go wherever he pleased to try and recapture his form from the first game of the season. 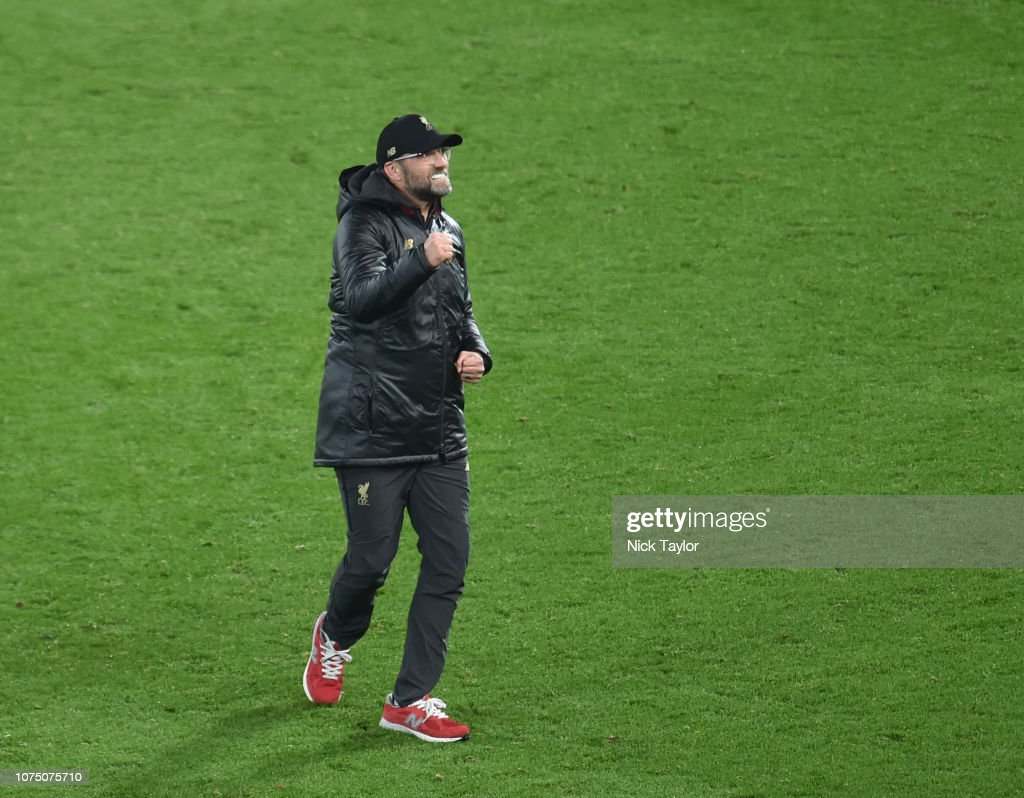 Most Liverpool fans are being realistic about the current situation and know there’s still a long way to go, but there are a few misguided optimists who seem to think the League is decided in December. It’s not, of course.

Think of it this way, who predicted City would lose 3 of their last 4 Premier League games? No one. That’s how quickly things can change in football. Although that run does show one other thing. It shows arguably City’s on weakness within their squad, yet I don’t see anyone drawing too much attention to it — the loss of Fernandinho.

It’s not just his absence that’s hurt them, but the fact that he’s the one player in the squad that they don’t have at least one, if not two or three, excellent replacements for. Pep will realise this and make it his highest priority in the Summer, if not in the January transfer window. Luckily for us though, it’s highly unlikely a deal could be done in time for our game against them.

City’s slump has yielded the surprising result of Spurs coming out of nowhere to pop up in second place, six points behind the Reds. Due to this, many people are now suggesting that we’re now looking at a three horse race.

It’d be foolish to dismiss Spurs only halfway into the season, after all, they’re playing good football, but I personally still see City as by far our biggest competition. City speak for themselves, but the reasons that I’m not too concerned about Spurs are the situation with their stadium, and the fact that they have an extremely fragile squad.

When (or perhaps if they move this season), it’ll probably coincide with a downturn in form, as is historically typical for clubs who move grounds. Liverpool’s squad has faced and bested the test of injuries and suspensions and never took a backwards step, but the same can’t really be said of Spurs. What would happen if Kane missed a run of games? What will happen when Son goes off to play for South Korea?

As I alluded to earlier though, we’re wasting our time by worrying and wondering about our rivals. Now that we have a lead, all that matters is what we do. We’ve bought ourselves some breathing space now, it’s time to take advantage of that fact.

Next up is our clash against Arsenal. The Gunners were excellent when we met them earlier in the season, but since then they’ve suffered a bad dip in form and, crucially, have had to endure a period where they have few fit defenders.

Arsenal’s misfortune has to be capitalised on, and it would be a real shame to give City and Spurs a lifeline in a game that, on paper, we really should be winning. If we can get three points at Anfield, then City will be under tremendous pressure to reduce the 7 point gap once we travel to the Etihad.